Latvian organist Iveta Apkalna is considered one of the leading instrumentalists in the world. Since 2017 she has served as the titular organist of the Klais organ at the Elbphilharmonie in Hamburg, Germany. For the January 2017 opening of the hall she took part in the two world premieres of the evening: Wolfgang Rihm’s Triptychon und Spruch in memoriam Hans Henny Jahnn with Thomas Hengelbrock and the NDR Elbphilharmonie Orchestra and Jörg Widmann’s ARCHE with Kent Nagano and the Philharmonic State Orchestra Hamburg. In September 2018 Berlin Classics released the album “Light & Dark”, the first solo album recorded on the Klais organ at the Elbphilharmonie.

Since Iveta Apkalna’s debut with the Berlin Philharmonic under the baton of Claudio Abbado in 2007 she has performed with a number of the world’s top orchestras including the Bavarian Radio Symphony, the Royal Concertgebouw Orchestra, the Los Angeles Philharmonic, the Royal Stockholm Philharmonic, the Cleveland Orchestra and the Orchestra dell’Accademia Nazionale di Santa Cecilia. She has collaborated with renowned conductors such as the late Mariss Jansons, Marek Janowski, Kent Nagano, Thomas Hengelbrock, Gustavo Dudamel, Sir Antonio Pappano and Andris Nelsons and frequently appeared at the Lucerne Festival, Rheingau Musik Festival, Ludwigsburg Castle Festival and Schleswig-Holstein Festival.

Iveta Apkalna regulary performs in Europe’s, North America’s and China’s most renowned concert venues. In October 2018 Iveta Apkalna inaugurated the new Klais organ at the opening concerts of the National Kaohsiung Center for the Arts in Taiwan, where she also recorded her solo album for Berlin Classics “Widor & Vierne” released in fall of 2020. Since 2019 Ms. Apkalna has been “Artist in Residence” of the Konzertkirche Neubrandenburg, whose instrument was developed in 2017 by the Berlin organ manufacturer Karl Schuke and Johannes Klais Orgelbau Bonn in collaboration with Iveta Apkalna and inaugurated by her. At the Konzertkirche Neubrandenburg she recorded her most recent CD “Triptychon” with works by Vasks, Bach and Liszt for Berlin Classics.

A highlight of the 2022-2023 season is the inauguration of the new organ in the concert hall of the Polish National Radio Symphony Orchestra (NOSPR) in Katowice with the world premiere of a new work by Esa-Pekka Salonen for organ and orchestra. The work will see further performances with Iveta Apkalna with the NDR Elbphilharmonie Orchestra and the Los Angeles Philharmonic under the baton of Esa-Pekka Salonen in spring 2023. Iveta Apkalna will present the new organ in Katowice also in a solo recital and in accompanying educational events. In the second year of her residency at the Konzerthaus Berlin, Iveta Apkalna will present the Jehmlich organ in various solo formats as well as with the Konzerthausorchester Berlin in Copland’s Symphony for organ and orchestra in the 2022-2023 season. Recitals this season include performances at the Konzerthaus Dortmund, the Elbphilharmonie Hamburg, the Royal Festival Hall London, the Konzerthaus Vienna, in Montréal and Lyon, among others.

Iveta Apkalna is dedicated to contemporary music and performs works by Naji Hakim, Ēriks Ešenvalds, Arturs Maskats or Thierry Escaich. Together with the Royal Concertgebouw Orchestra Amsterdam she presented the world premiere of “Multiversum”, a commissioned composition of Péter Eötvös, during an extensive Europe tour in Autumn 2017. Pascal Dusapin’s work “Waves” for organ and orchestra was premiered by Iveta Apkalna in January 2020 together with the Hamburg Philharmonic State Orchestra under the baton of Kent Nagano.

Throughout her career, Iveta Apkalna has earned international recognition for honours and competitions. In 2018 and in 2020 she awarded the “Latvian Grand Music Award”, the most prestigious award in music in Latvia, in the category “Concert of the Year”. On the occasion of the 100th anniversary of the Republic of Latvia, Iveta Apkalna was awarded the “Order of the Three Stars”, the highest civilian order awarded for meritorious service to Latvia by the state president. Furthermore, she was appointed cultural ambassador of Latvia by receiving the “Excellence Award in Culture 2015” from the Latvian Ministry of Culture. French-German TV network ARTE broadcast in 2008 a documentary about her titled “Dancing with the Organ”. Iveta Apkalna became the first organist to receive the title of “Best Performing Artist” award at the 2005 ECHO Klassik.

„The Queen of high heels“ 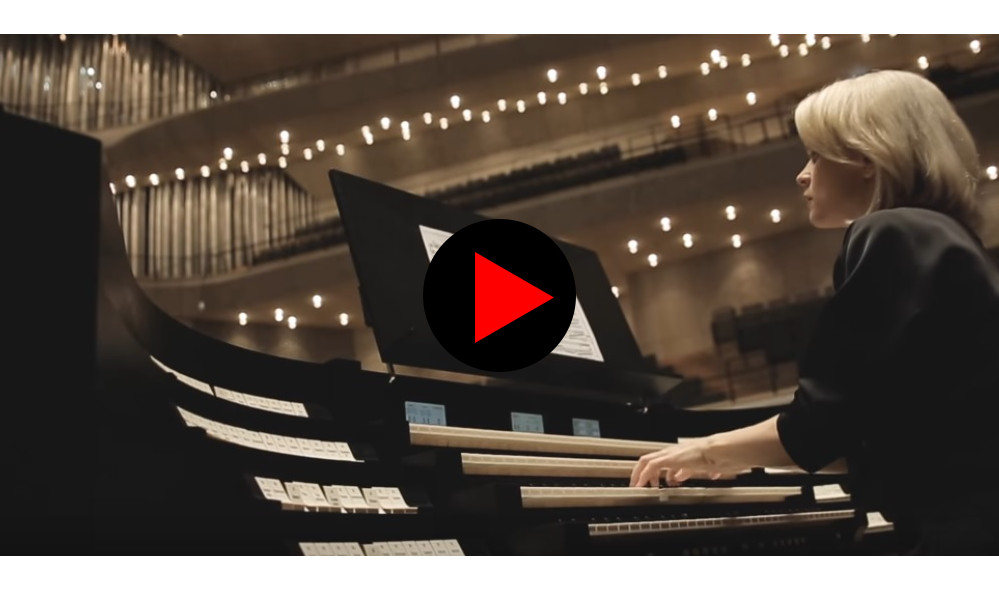 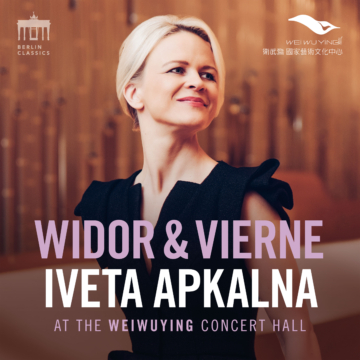 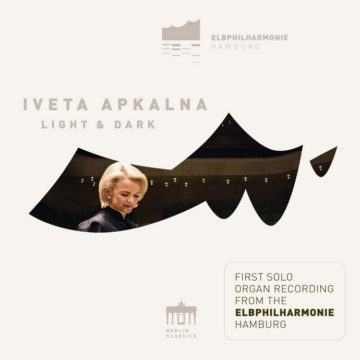 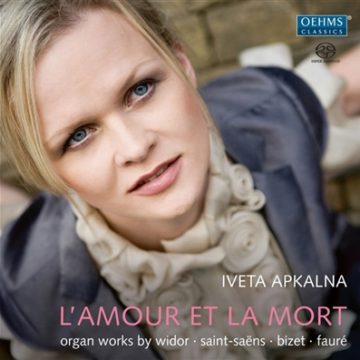 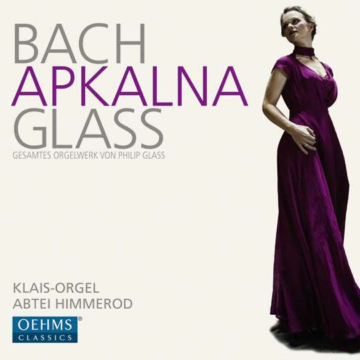