Filarmonica della Scala was first set up by Claudio Abbado and the musicians of La Scala Opera House in 1982 with the aim of developing a symphonic repertoire. Carlo Maria Giulini conducted the Orchestra in more than 90 concerts. Riccardo Muti became the Principal Conductor from 1987 to 2005.

From November 2015 Riccardo Chailly is Filarmonica della Scala’s Principal Conductor. The Orchestra has collaborated with some of the greatest conductors of the time: Georges Prêtre, Lorin Maazel, Wolfgang Sawallisch, Zubin Metha, Leonard Bernstein and many others. From 2006 Filarmonica has intensified its relation with Daniel Barenboim, Riccardo Chailly, Daniel Harding, Daniele Gatti and Valery Gergiev.

From 2013 Filarmonica hosts the Concerto per Milano in Piazza Duomo, an acclaimed event which has made more than 40.000 people attendance every year. A project, addressed specifically to primary school children, is the Sound, Music! initiative.

Filarmonica also has a long tradition in supporting Milan’s main scientific institutions and voluntary bodies, through special concerts for their benefit and open rehearsals belonging to the series Prove Aperte.

Filarmonica has a particular interest in contemporary music from the beginning, every season features a new commission to an important composer of our time.

Filarmonica performed more than 600 concerts on tour in the last 30 years. Important milestones have included the Orchestra’s debut in the United States with Riccardo Chailly and in China with Myung-Whun Chung.

Filarmonica has made numerous recordings for music labels such as the album Viva Verdi for Decca with Riccardo Chailly and, for Sony, the project 900 Italiano that by now counts 3 DVDs directed by Georges Prêtre, Fabio Luisi and Gianandrea Noseda. 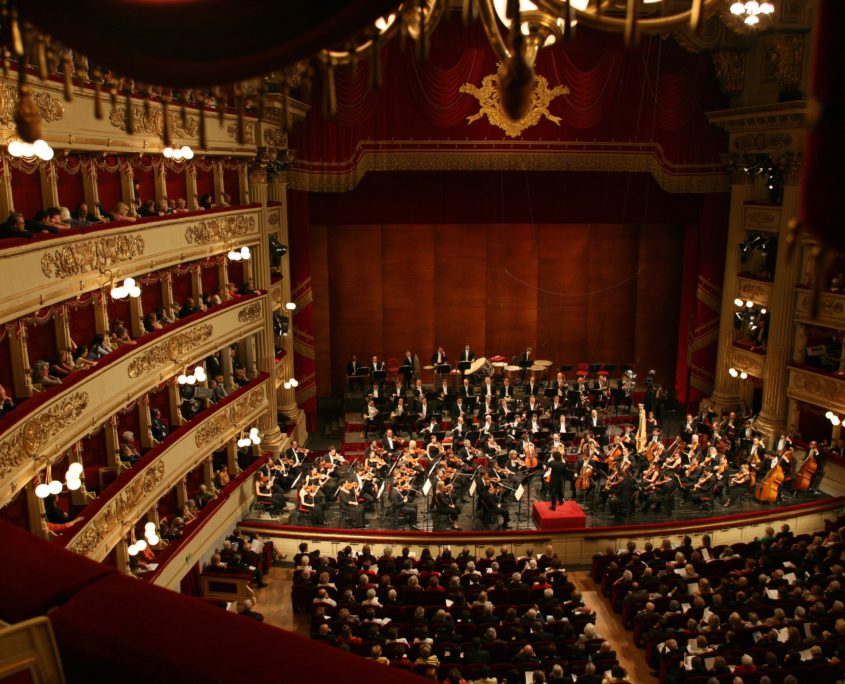 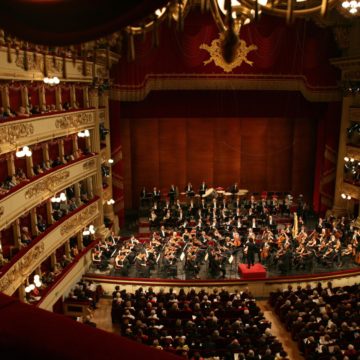 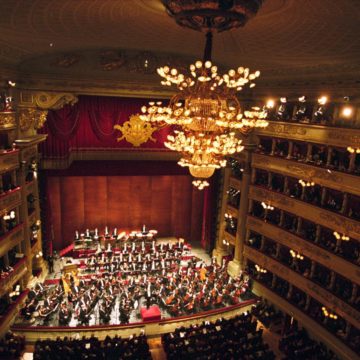 „Bold Sounds on a big scale…a string resonance that had stage floorboards vibrating and also some beautifully controlled wind solos at the quietest of levels.“