PKF – Prague Philharmonia came into existence in 1994, originally under the name Prague Chamber Philharmonia, on the initiative of the internationally renowned conductor Jiří Bělohlávek. The young ensemble brought onto the Czech, and later global, music scene a breath of fresh air and a contagious musical zest that can be still felt in their performances to this day. It did not take long for the PKF to become one of the most respected orchestras in the Czech Republic and to build an excellent reputation in Europe and the world.

What is valued most in respect of this ensemble is its characteristic sound; the continual and keen input of its founder Jiří Bělohlávek and the orchestra’s main area of repertoire, Viennese Classicism, both underpin this uniqueness. Nevertheless, when needed, the scope of the repertoire is widened to include the Baroque era as well as contemporary music. The orchestra comprises 52 permanent members, with Jan Fišer and Lukáš Pospíšil the concert masters.

Jiří Bělohlávek stood at the helm of the orchestra until 2005, later becoming its Conductor Laureate. The Swiss conductor and flautist Kaspar Zehnder was the PKF – Prague Philharmonia’s second chief conductor in the years 2005–08. From the 2008–09 season the orchestra was led by its chief conductor and music director Jakub Hrůša, who already at his young age enjoys international acclaim. At the beginning of the 2015–16 season the post of music director and chief conductor was assumed by the distinguished French conductor Emmanuel Villaume. In his first season in this role the orchestra was presented with new challenges, such as the addition of French impressionism and late Romanticism to the repertoire. Villaume was also leading the orchestra on its major USA tour in 2017, which features the excellent soloists Gautier Capuçon, Sarah Chang and Andrew von Oeyen. PKF – Prague Philharmonia is regularly invited to international music festivals, has performed in the world’s foremost venues (Royal Opera Muscat in Oman, Tokyo, Paris, Munich, and Verona) and collaborates regularly with world-renowned conductors and leading instrumentalists and singers. Among them are: Vladimir Ashkenazy, Milan Turković, Marta Argerich, Julian Rachlin, Jefim Bronfman, András Schiff, Shlomo Mintz, Sarah Chang, Isabelle Faust, Mischa Maisky, Magdalena Kožená, Anna Netrebko, Jonas Kaufmann, Natalie Dessay, Rolando Villazón, Plácido Domingo, Elina Garanča, Juan Diego Flórez and Thomas Hampson.

PKF – Prague Philharmonia offers its home audiences a series of orchestral concerts, a chamber series, a series of contemporary music titled ‘The Beauty of Today’, and special concerts for children. The orchestra is the country’s pioneering ensemble as far as educational activities are concerned, offering opportunities through its children’s club Notička and at the Orchestral Academy. PKF – Prague Philharmonia is financially supported by the City of Prague and the Ministry of Culture of the Czech Republic. 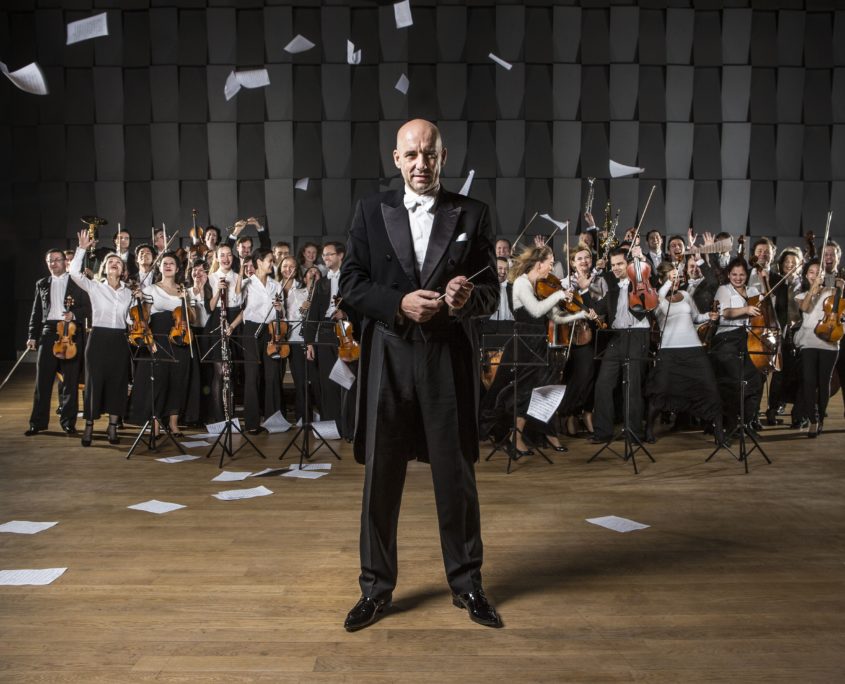 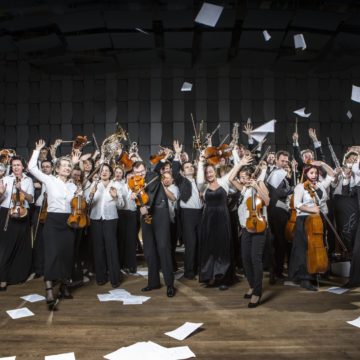 „The PKF showed a wonderful precision (even in slow passages) and easy cohesion. The strings had a bright, even brilliant sound, but were never brittle. The winds and brass displayed some piquant colors, crystalline flutes, faraway oboes, peppery horns…“