The trumpet also can play Belcanto…purest Belcanto with sparkling clean polished top-notes were given off by the Hungarian Boldoczki on his trumpet.” Michael Dellith from the Frankfurter Allgemeinen Zeitung wrote after Gábor Boldoczki´s concert at the Alte Oper, Frankfurt.

The Hungarian Gábor Boldoczki with his brilliant play is the exceptional trumpeter of his generation. The international press also calls him a magnificent trumpet virtuoso.

At the age of 14 this young exceptional trumpeter won the first prize at the National Trumpet Competition, Hungary. Following his studies at the Leo-Weiner-Conservatory, the young musician continued at the Franz Liszt Conservatory in Budapest and as a master class student under Professor Reinhold Friedrich before starting his international solo career. By winning the internationally renowned music competition of the ARD in Munich, Boldoczki celebrated his final breakthrough. He then received the “Grand Prix de la Ville de Paris” at the most distinguished trumpet competition of all – the Third International Maurice André Competition in Paris.

Boldoczki was the first trumpet soloist worldwide to be invited to perform the trumpet concerts of Michael Haydn at the Salzburg festival.
Afterwards the Austrian newspaper Salzburger Nachrichten ran the headline: “A softly tongued articulation, the greatest agility, an extremely self-confident embouchure, a coloratura style … a soloist of this quality refines every piece of music.”
He gives regularly guest performances at the renowned concert halls such as Musikverein Vienna, Concertgebouw Amsterdam, Philharmonie Berlin, Théâtre des Champs-Elysées, in Paris, KKL Lucerne, Palace of Arts in Budapest and the Great Hall of the Conservatorium Moscow. Furthermore, he follows concert invitations to the United States, to South America and Asia.

During the last years numerous successful CD-productions with the label Sony Classical have been published. Boldoczki dedicated his album “Tromba Veneziana” to the composer Antonio Vivaldi. The positive press reviews were reflected also in the music magazine Fono Forum:” “Boldoczki is convincingly virtuosic in the exuberant movements and bewitches in the slow middle parts, delicately portraying the melody.”

Besides his current album “Versailles“ he recorded exclusively for the label SonyClassical amongst others the albums: “Bohemian Rhapsody“, “Tromba Veneziana“, “Bach“, “Italian Concerts“ as well as the trumpet concertos by Haydn and Hummel. For his album “Oriental Trumpet Concertos“ the Hungarian trumpet virtuoso Gábor Boldoczki was honoured with the ICM Award for the best contemporary recording and with the ECHO Klassik Award as „Instrumentalist of the Year“.

Gábor Boldoczki was awarded the title “Doctor Liberalium Artium” by the famous Franz-Liszt Music Academy where he has a professorship, teaching the trumpet.
Further on Gábor Boldoczki was awarded with the “Franz Liszt Honor Prize”, the most important prize of the Hungarian Ministry of Culture in the music-sector and he was named the prize “Musician of the year” by the Hungarian Academy of Arts. Lately Gábor Boldoczki received the Béla Bartók–Ditta Pásztory Award by the Franz Liszt Music Academy.

His versatile repertoire ranges from Bach to Penderecki, from Vivaldi to Shostakovich to Hindemith, Takemitsu, Ligeti and Arvo Pärt. Gábor Boldoczki performs on B&S instruments.

„Sparkling Solitaire…Boldoczki performs Haendel’s Concerto in g minor HWV 287, originally composed for oboe – and his trumpet sings this piece in a more poignant, more harmonious way than the oboe ever could. His embouchure is flawless, his tone smooth and elegant, his slur flows effortless. This performance appears to be inconceivably perfect – yet never suspicious, because Boldoczki’s perfection is never ordinary or unnatural – grand applause“. 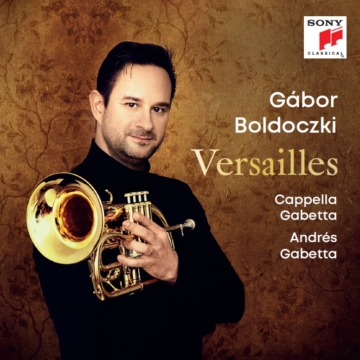 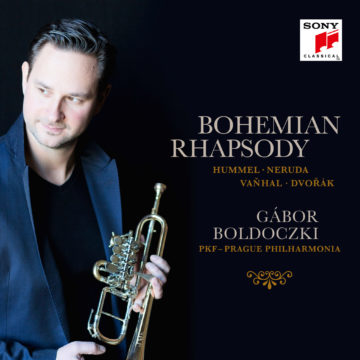 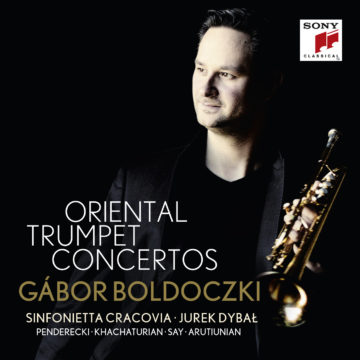