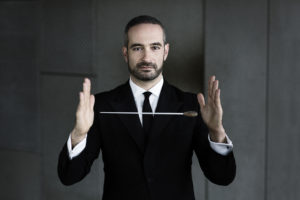 CCM is delighted to announce that Antonello Manacorda has joined the CCM roster for General Management with immediate effect. Manacorda will be managed by Kristin Schuster.

Antonello Manacorda is Artistic Director of the Kammerakademie Potsdam. He has been Principal Conductor of the Het Gelders Orkest in the Netherlands from 2011 until 2018.

Highlights of his symphonic calendar in the 2018-19 season are guest appearances with the Rotterdam Philharmonic Orchestra, the Rundfunk-Sinfonieorchester Berlin and the Bamberger Symphoniker as well as a cycle of all four Brahms symphonies with the Kammerakademie Potsdam. The last seasons saw him make his debuts amongst others with the Vienna Symphony, the SWR- and hr-Sinfonieorchester as well as with the Danish National Symphony Orchestra, Gothenburg Symphony Orchestra and Helsinki Philharmonic.