In 1979 Vladimir Spivakov, an outstanding virtuoso violinist, with a group of his friends and artistic associates, mostly winners of international music competitions, as well as soloists and section leaders of the best Moscow symphonic and chamber orchestras, founded the “Moscow Virtuosi” Chamber Orchestra. Thus, the highest performance standard was set up from the very moment of the orchestra’s establishment, which justified its claim for a rather ambitious, at first glance, title of “Moscow Virtuosi”.

The years witnessed an arduous, but joyful consolidation of virtuosi musicians, each being a bright personality, into a world-class, finely-organized musical ensemble with its own performance style and a huge repertoire comprising pieces by a large number of composers from Bach to Schnittke. The process is not completed up to now, but even in the mid 1980s the main performance and artistic features of the orchestra became evident.

Every year the “Moscow Virtuosi” give over 100 concerts, mostly on tours. The geography of the tours is very extensive: it includes all regions of Russia, the former Soviet Union territory, European countries, the United States of America, Canada, Turkey, Israel, China, Japan etc. In all the countries the Virtuosi give their concerts not only in the best and most prestigious concert halls, such as “Concertgebouw” in Amsterdam, “Musikverrein” in Vienna, “Royal Festival Hall” and “Albert Hall” in London, “Pleyel” and “Champs Elysees Theatre” in Paris, “Carnegie Hall” and “Avery Fisher Hall” in New York, “Santory Hall” in Tokyo, but also in ordinary venues of small towns.

A truly European manner of ensemble performance, concern for tiny details and nuances, solicitous and creative interpretation of author’s concepts, bright artistic talent and love both for the pieces performed and for the audience make the “Moscow Virtuosi” so different from many other chamber orchestras. To excite the audience emotionally and to enthrall every listener, even an ignorant one, intellectually, to endow him with the pleasure of enjoining music masterpieces, to evoke the desire to come to chamber music concerts again are considered by the “Moscow Virtuosi” the most important goals.

Since the foundation of the orchestra, Vladimir Spivakov, an outstanding violinist and conductor, benefactor and prominent social figure, has been its artistic director, conductor and soloist. Thanks to Maestro Spivakov and the three and a half decades of his activities for the sake of the orchestra, the “Moscow Virtuosi” is now undoubtedly within the best chamber orchestras of the world with their own grateful audiences everywhere and is enjoying the high reputation that has been acquired by years of persistent and hard work.

Since 2003 the “Moscow Virtuosi” Chamber Orchestra is permanently located and rehearses at the Moscow International Performing Arts Centre. 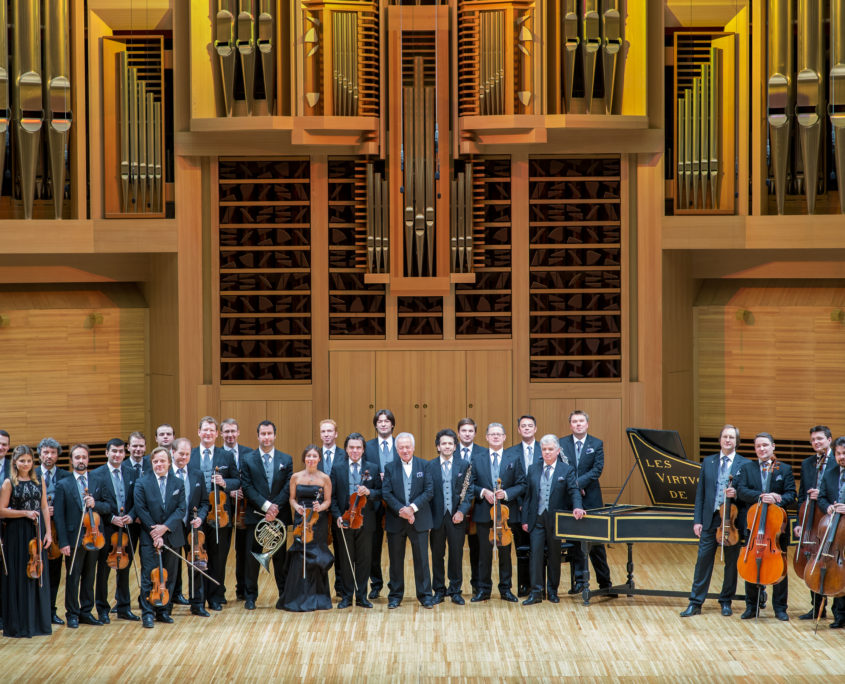 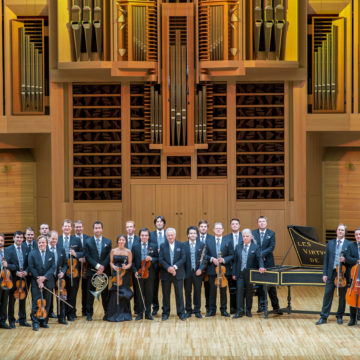 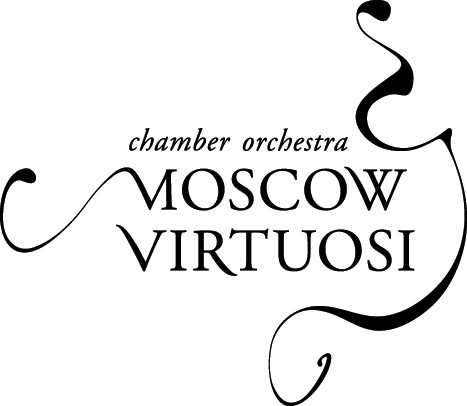