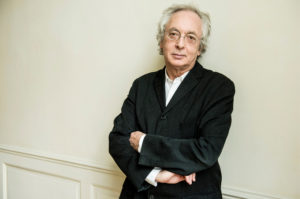 In the 2019/20 season, the Alte Oper is focusing its FOCUS on one of the most important exponents of historical performance practice and presents a three-part portrait of the Flemish sound researcher and performer Philippe Herreweghe. He is regarded as one of the central figures of historically informed performance practice – although he has long since moved from the 18th century further into the past as well as into later epochs up to classical modernism.

Iveta Apkalna plays Hindemith at Kulturpalast Dresden under the baton of Marek...
Scroll to top