You are here: Home / Media / Antonello Manacorda conducts the ZDF Advent Concert from the Frauenkirche... 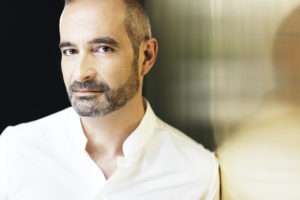 The musical direction of this year’s Advent concert with works by Bach, Haydn, Mozart and Verdi, among others, will be assumed by the Italian conductor Antonello Manacorda. He has been the principal conductor of the Kammerakademie Potsdam for ten years. His successful work with this orchestra has made him a sought-after guest conductor of many international opera houses and symphony orchestras. In the 2020/21 season Antonello Manacorda is also guest conductor of the Sächsische Staatskapelle Dresden.

Since 2000, public-service broadcaster ZDF and the Staatskapelle have been transport­ing the festive charm of Dresden into the homes of countless music lovers throughout Germany. Meanwhile a much-loved tradi­tion, the Advent Concert features renowned soloists performing seasonal music togeth­er with the Staatskapelle Dresden in the candlelit setting of Dresden’s impressive and highly symbolic Frauenkirche. These Advent Concerts conducted by leading maestros are intended to provoke both reflection and anticipation – truly, music to conjure up the spirit of Christmas!